My passion for web design began in 2004, not long after we got dial-up internet. I would use Microsoft FrontPage to build websites for made-up companies. I spent the next few years learning HTML, CSS and JavaScript.

In 2006, I learnt how to program in C# from a bright orange book that I bought in PC World. It guided me through building a web browser (which was really just an instance of Internet Explorer with some custom buttons around the edge), among some other small programs. It was simple, and it was stupid, but it was exciting. 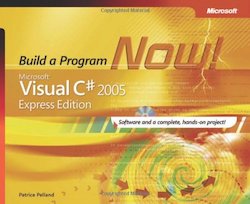 My GCSE results were 5 A*s and 3 As. At this point, I knew I wanted to study Computer Science at university, and thanks to an outreach event that allowed me to visit when I was 16, I really wanted that university to be Cambridge. To this end, I studied Maths, Further Maths, Physics and Computing at A Level, achieving A*A*A*A*.

The hard work paid off when I was invited for an interview at Cambridge and subsequently given an offer to study Computer Science at Queens' College.

I made weekly vlogs throughout my time as a student and graduated in 2015 with a II.i. The course was very theoretical and has given me invaluable knowledge of the principles of Computer Science as well as the practical skills needed to solve problems. I am now living in London and working as a software engineer.